Former New York Yankees slugger Alex Rodriguez is no stranger to tabloid news. In fact, one could argue he’s been a regular for many years. However, a photo went viral in May 2019 and it’s impossible to forget.

At an early age, we all learned from a children’s book that “Everyone Poops.” That applies to, well, everyone, including A-Rod. And for whatever reason someone decided to take a photo of the former baseball player on the throne at his fancy $17.5 million Park Avenue apartment in New York City, which he shares with fiancee Jennifer Lopez.

According to Page Six, the celebrity news and gossip hub of The New York Post, the photographer was likely at a Manhattan hedge fund next door and his legal team went searching to find out who took the toilet pic. 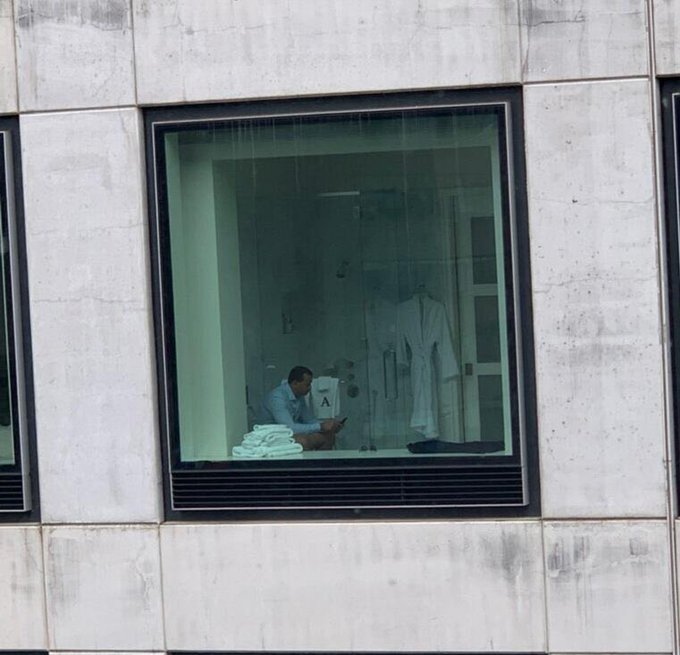 The photo made its rounds on social media, including Twitter and Instagram. It shows the famous MLB baseball star in clear view, wearing a blue shirt, on the toilet in his luxury NYC pad. Initially, somebody from the adjacent building was definitely going to pay the price for this, according to a source of Page Six.

Alex’s lawyers are all over this. They are working hard to find out who the culprit is. It is a clear breach of privacy. The photo was obviously taken from the building next door, from a floor possibly parallel to Alex’s apartment. One of the hedge funds in the building next door will be getting a big lawsuit.”

You cannot just take a private photo of Alex Rodriguez like this and completely expect to get away with it, right? Or can you?

Remember the big lawsuit and legal action that was expected to come from someone taking a trending picture of former Yankees star Alex Rodriguez sitting on the toilet? Well, you can forget about it. A-Rod put it to rest himself.

Rodriguez told Fox5’s “Good Day New York” that they are still looking for who took the picture because it’s a weird thing to do and he doesn’t want it to happen to someone else, but he’s over it.

“I’m certain’y not suing,” he said. “The one thing is, I actually do my best thinking there. I wasn’t ready for that picture. But look, it is what it is. I have to invest in some good blinds, and I think I am.”

You may have missed

Sandra Bullock to Donald Trump: ‘Put A Plug In It’….

The Latest: Democrats Plan Vote on Resolution Against Trump…..

Michael Jordan is Running for US Senate as a Republican

Find out more or adjust your settings.

This website uses cookies so that we can provide you with the best user experience possible. Cookie information is stored in your browser and performs functions such as recognising you when you return to our website and helping our team to understand which sections of the website you find most interesting and useful.

Strictly Necessary Cookie should be enabled at all times so that we can save your preferences for cookie settings.

If you disable this cookie, we will not be able to save your preferences. This means that every time you visit this website you will need to enable or disable cookies again.